“Waiting On Christmas” is a new holiday classic

“‘Waiting On Christmas’ by J. Robert Spencer is charming and heartfelt. It deserves to become a Christmas standard in its own right, and it garners two giant thumbs up!”

NEW YORK – From Tony Award nominee J. Robert Spencer comes the new holiday classic “Waiting on Christmas” just in time for 2019. The single is being released on Thanksgiving for digital download and streaming on all major platforms.

“Waiting On Christmas” lands comfortably in the space between a Norman Rockwell holiday scene and the Griswolds with a playful nature that echoes traditional Christmas songs.

“There’s a ritual at the Spencer-household where we sit around the tree and want to feel that old school nostalgia,” J. Robert said, noting that the new holiday songs just didn’t have that vibe like he had growing up; Santa, reindeer, family and giving. “Our favorites were always the traditional songs from Bing Crosby, Nat King Cole and Andy Williams.”

The fifth-grade girls choir from St. Agatha’s in Portland, Oregon, also lent their angelic voices to the track.

With the essence of Christmas and the season of giving, a portion of the proceeds from “Waiting On Christmas” will be donated to help with the Annual Appeal for St. John’s The Baptist School in Milwaukie, Oregon. 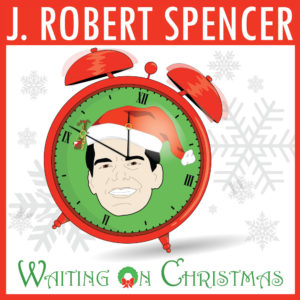